So I have been meaning to blog for a couple of days but things just kept getting busier and busier, and I know that excuses dont work but blah. So im making up for that, Im blogging H, A, R and I today. :D


So we start with H, the 8th letter of the alphabet. I made haricot vert, or green beans, in french. :)


This turned out to be great for my lunchbox, a light lunch, which made sure I worked without dozing off. So here goes.


HARICOT VERT IN MY LUNCH BOX


Around a handful of haricot vert (green beans)
Three garlic cloves and a knob of ginger, crushed
Salt to taste
Oil for cooking


1. Cook the beans by first dunking them in boiling water for a couple of minutes, then taking them out and running them under cold water in a colander. 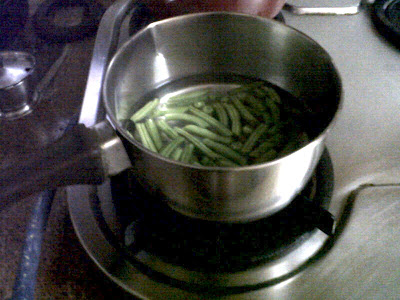 2. Heat up some oil in a wok, and add the ginger and garlic. Once the garlic starts to brown, add the beans and salt.


3. Cook till the no crunch, no mush stage, maybe five minutes.


4. Take this for lunch! I took some whole wheat bread along, and my life had new meaning. :) 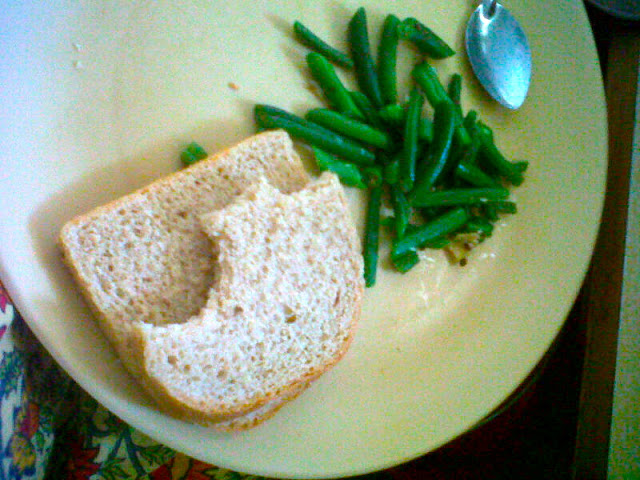 The next ingredient I used were Apples! :) So there was a ton of bread in my fridge, and I used it up, and made use of apples, creating a scrumptious Apple Bread Pudding.


Four cups of bread cubes, I interpreted this as tearing bread into small pieces, and continuing this till it made four cups, but you can also use a knife and be all proper and cut it into cubes
One fourth cup of raisins
Two apples, peeled and sliced
A cup of brown sugar
One and three fourths cup of milk
One fourth cup of butter
One teaspoon of cinnamon powder/ground cinnamon
Half a teaspoon of vanilla essence
Two eggs


For the vanilla sauce


1. Keep the apples, bread, and raisins in a patila.


2. In a saucepan, combine the sugar, butter and milk. Keep mixing on low heat till the butter dissolves. 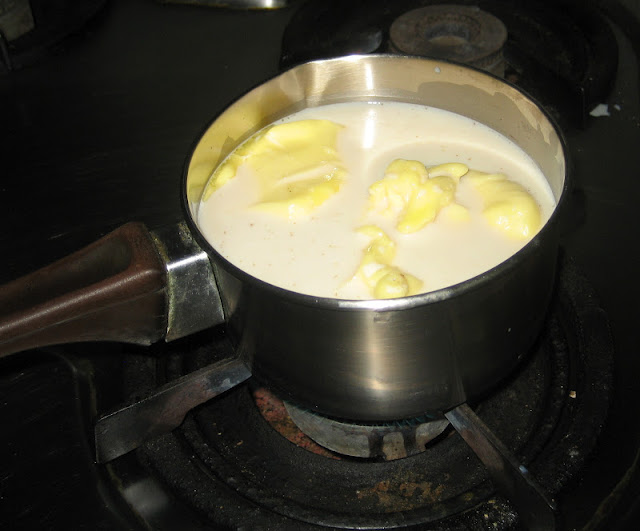 3. In a small bowl, beat the eggs, cinnamon and vanilla essence.


4. Put the saucepan contents and small bowl contents into the patila. 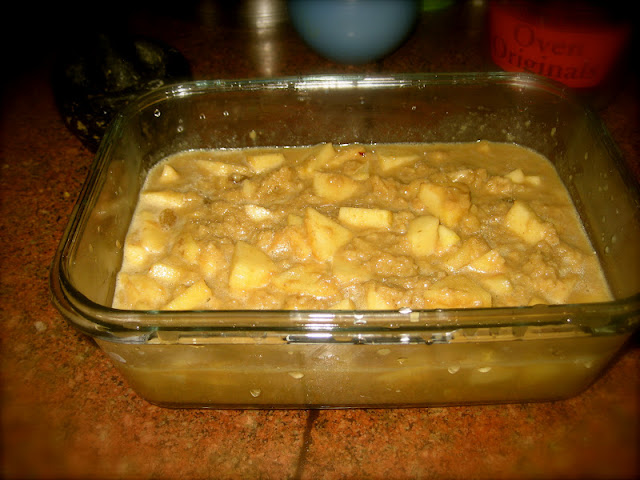 6. While it is baking, combine all the sauce ingredients in a small saucepan. Let it cook till it boils. Once that happens, take it off the flame and keep aside.


7. Take the pudding out of the oven, and dunk the sauce on top. You can also serve it on the side. If you want that is. 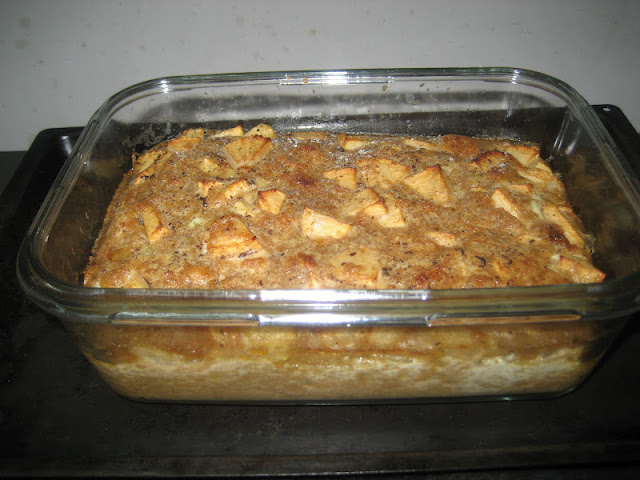 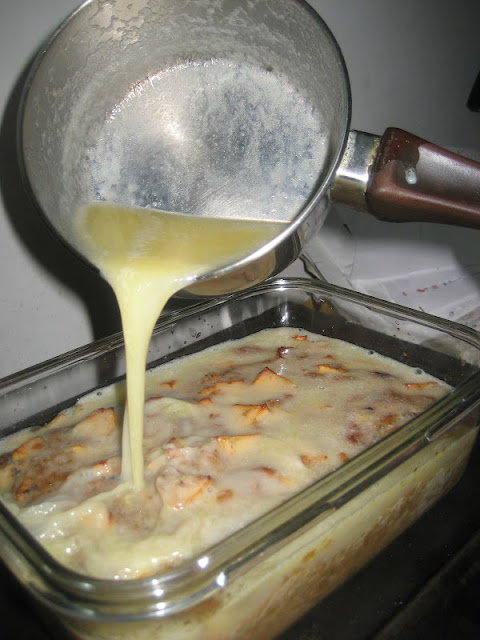 Now, with R, the 18th letter of the alphabet, I used both rice, and rai, or mustard seeds. I learned how to make poha, which is basically flattened rice. I dont have a source for this recipe. I spotted my grandmother telling her help to make this, so I just hung around to see the magic. I have eaten this a bazillion times but never seen anyone make it. So I thought this to be a great opportunity.


1. Keep the poha in a colander, and wash it with running water, twice or thrice. 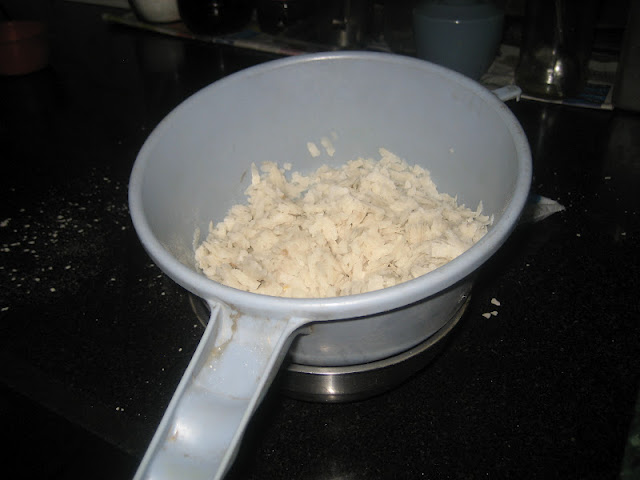 2. Put some oil in a wok, I used one tablespoon, and add the urad dal to it. Once its brownish, add the rai, ginger, and curry leaves. Once the curry leaves start turning up at the ends, add the onions. Let them become translucent, and then add the carrot and potato. 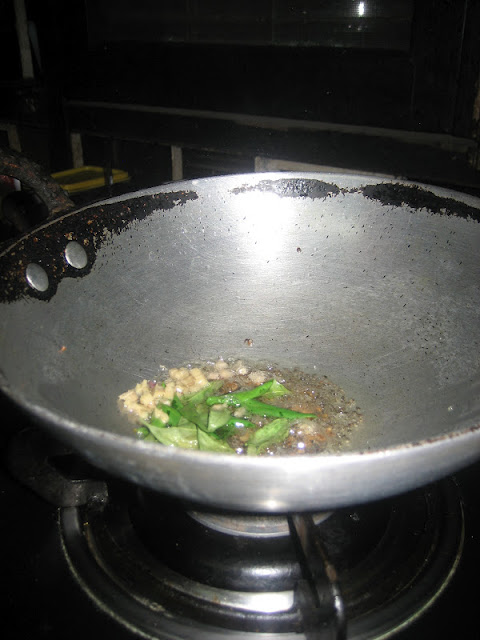 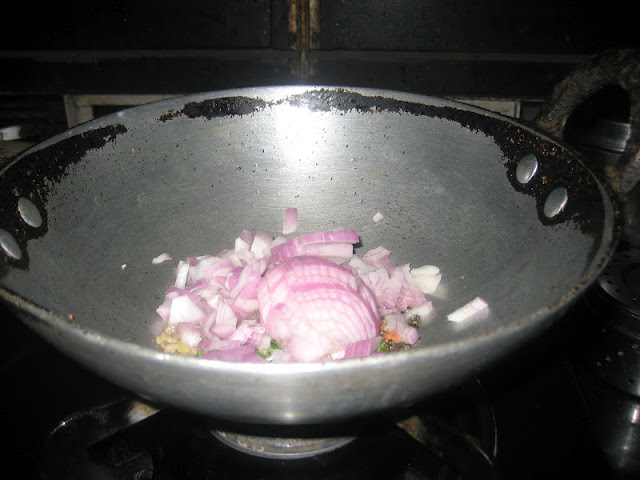 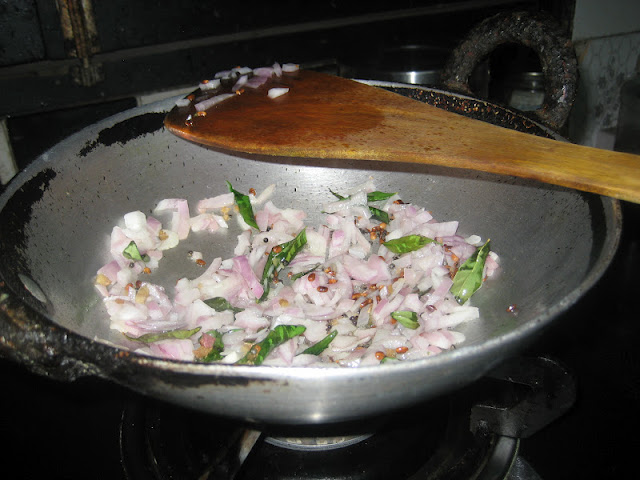 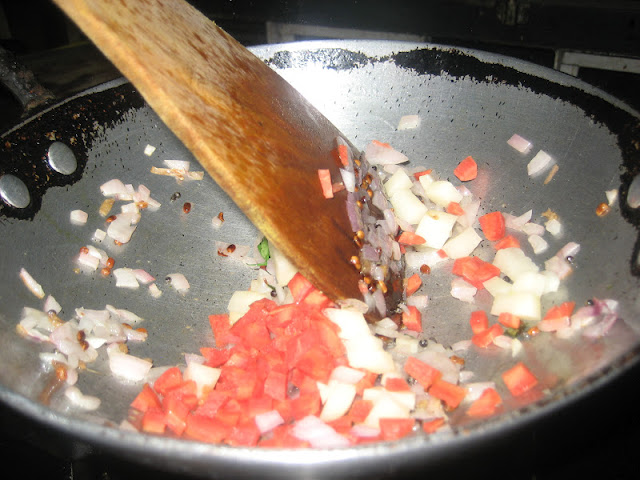 3. The aim is to let the potato cook. This takes some time, so add the water, salt and haldi at this stage. Let it dry up, and when its almost dry, add the poha which is in the colander. 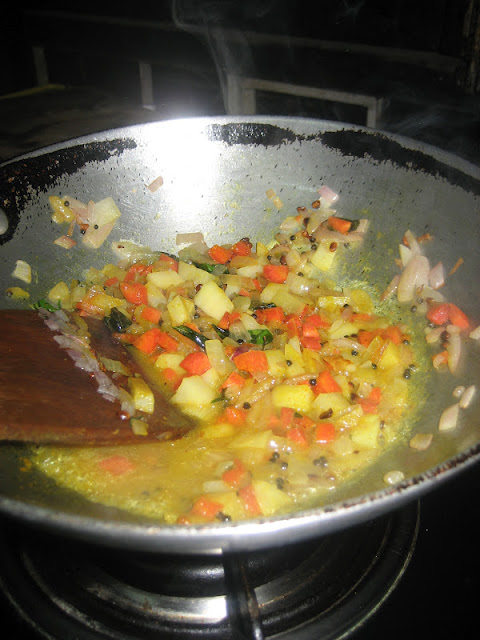 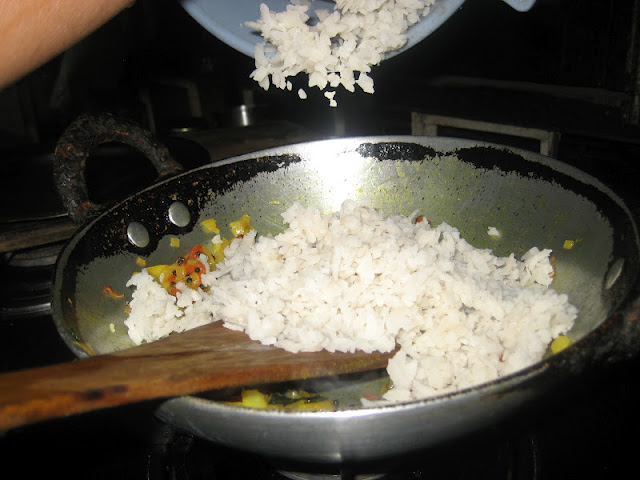 
5. For garnish, just squeeze the lemon on top, and sprinkle the coconut, and youre done.


Poha works really well for breakfast. Really well. Im usually bored of eating toast, so sometimes I have this for breakfast. But it is also great as a light dinner. You could also add some peas if you want. 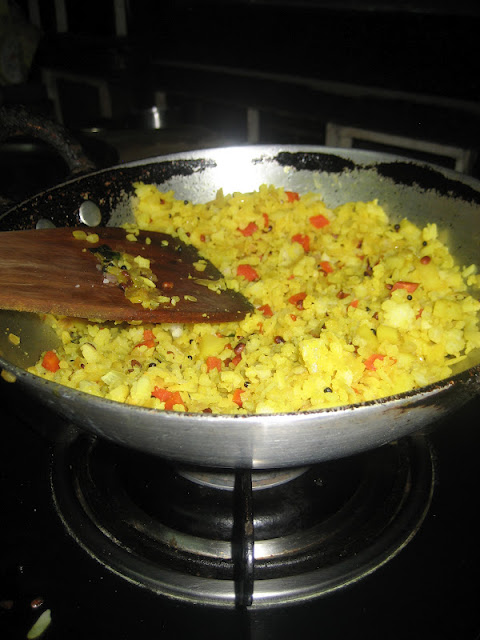 Now, with I, the 9th letter of the alphabet, I used ice, to make some lovely iced tea I learnt at a cookery class one lovely saturday. It contains lemon, ginger, sugar, tea leaves(a teaspoon of green tea leaves or a mix of black and green tea leaves would work well). I have a picture,
which may goad you to make it. :) 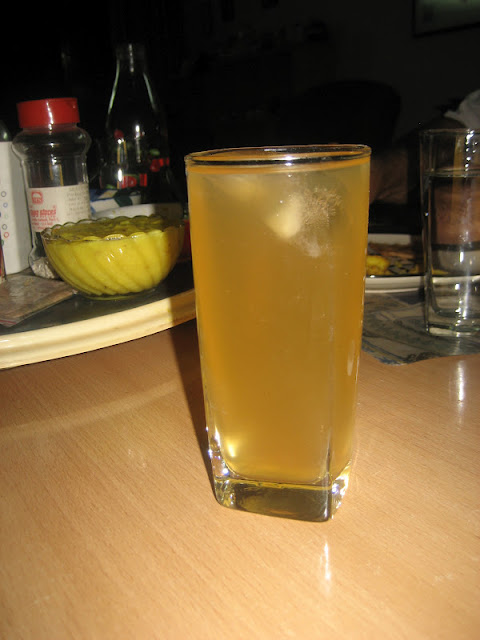 So now, we have progressed from N to I, and we are left with K and A, which will happen tomorrow. :)